Teresa Pérez is an American expat living in Argentina with her husband, two dogs, myriad cacti and assorted plants, and the errant wild birds that visit her two bird feeders on any given day. Oh yeah, and the daughter of Cuban immigrants.

Tell me about your latest book and what inspired you to write/create it?

My latest book is the second in a children’s book series. The idea behind the series is to get children (and their parents) interested in geography and other cultures through the adventures of a loveable, yet imperfect dog. The books blend facts about the country featured in each installation presented alongside a fictional storyline with interesting cultural tidbits scattered throughout. I typically highlight things that are less known or something one might not find in typical tourist literature to offer a more unpredictable adventure and engage both adults and children. I have purposely chosen places off the beaten track in each country, not the most famous cities, as touristy places can often have more outside influence and may not truly reflect the local culture. I also include things which link one country to another (in the series) to highlight the fact that we, as humans, have more in common than one might think, no matter how different our cultures may seem.

This second book was inspired by my time in Uganda working for an NGO. Having never visited the African continent before, I had no expectations but was utter overwhelmed at how friendly, curious and lovely Ugandans are. Everywhere I went, I found a kinship with the local people and shared stories and time with people which has left a lasting impact. When I tell people that the Ugandans are the friendliest people I have ever met in my travels, it always surprises them – for preconceived notions really, not based on any actual experience. Some of their traditions, perhaps “ways of thinking” is a better way to express it, are ideas that are simple but profound at the same time and, in my opinion, worth sharing. I truly wanted to impart this experience, especially with young people, who have not been influenced by the world yet. I firmly believe if children are curious at a young age, this will follow them throughout life and hopefully lead to a desire to learn more about the world around them and form opinions based on facts and experience and not just hearsay.

I have been traveling and living abroad for almost 20 years now. I have heard so many notions adults have about different countries without having ever travelled themselves. I was a bit taken aback by this realization and decided I wanted to do my small part in making a positive change, starting with young people. Adults often get caught up in the practical differences about countries – the language, access to services, level of development – and forget that there are people and cultures with long and wonderful traditions which are overlooked in the process. Children don’t have these notions yet and are more likely to engage in a story they like and become curious about where it is in the world; my sincere hope is that they then read more. When I was a kid, I received a “pen-pal” through a service and that contact with the world outside mine was enough to plant the seed of curiosity within me. With the world changing, not always in the best ways, finding commonalities in our fellow man around the world is something we need now more than ever. Hopefully, Joaquin’s adventures will inspire kids to look outside of themselves and their own cultures and find the good in the world that exists outside their realities. 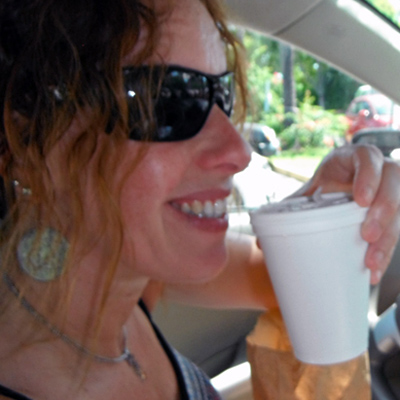 Share your personal publishing story. Did you choose self or traditional? How did you go from book manuscript draft to finished book available for purchase?

I self-publish. I found the venue Lulu via a friend and ran with it.

After researching how to get a book published, all the literature stated that winning notoriety in competitions is a first step in attracting publishers. There are so many competitions, it left me spinning. There is a cost with each, which can also be rather limiting. Furthermore, it’s daunting to know which competitions are better than others when starting out. Since I live outside the US, it also adds another layer to the difficulty. Self-publishing gave me the freedom to feel the sense of accomplishment of a finished product and not lose motivation. I can appreciate that publishers have a daunting task ahead of them, and the steps are a way to reduce the number of manuscripts that cross their desks, but after attending workshops and speaking directly with editors, the overwhelmingly negative feedback – not of my product, but about actually having my manuscript just read by someone-was enough to almost make me give up. When I learned of the option to self-publish, I decided it was a good place to start. It’s a place where I can hone my craft, get feedback to see where I can make improvements, and know that I have a finished product of value, all the while providing access to traditional publishers.

Describe your writing routine. How many hours a day/days a week do you write?

This a difficult question to answer. My writing style is a process. My background is in photography and cinema, so I visualize concepts long before putting them on paper. I literally see the “movie”- or even “scenes”- in my head and then put words to those images to paper in ink! I often sketch what imagery I would like for each block of text. Only after I have it down on paper do I sit at the computer and type it up. I often make changes at that stage, but usually, I type what I have previously written on paper and then do a read through and start the editing process. I am not sure what that translates to in hours or days, because a lot of the process takes place in my head. It may sound corny, but I actually spend quite a bit of time in my head developing the story.

How do you name your characters (if fiction or names changed for nonfiction)?

I generally name characters after people who have positively influenced me in my life or have played the role the character is for Joaquín in my own life. 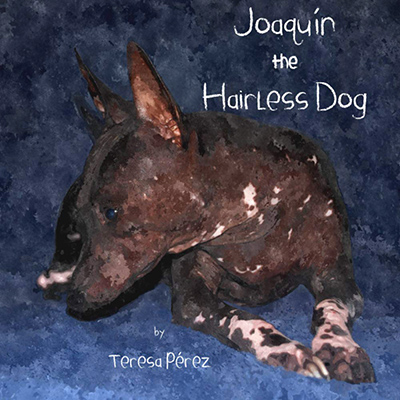 How many unpublished or unfinished books have you written and set aside? What are your plans for them?

I currently have three unfinished works in progress. Book 2 in Joaquín’s series, a short sci-fi story and a screenplay.

How do you go about obtaining book reviews? Do you read them? How do you deal with the good and the bad ones?

For now, I read them. I am still learning and feedback can be incredibly helpful. It’s never easy to read criticism of something so dear to you, but I try to weed out “negativity” and stick with the constructive criticism. I often ask children to proofread and give me feedback. Honestly, I have received some excellent observations from them and useful suggestions which have allowed me to improve my work. While professionals are undoubtedly an incredible resource, more and more often it seems that there is a “formula” that one needs to follow for success in the industry that children simply do not have programmed into them yet. I like their unhindered views and since they are the audience, I value their input immensely.

Do you prefer reading print, audio or ebooks? Why?

The digital age is another element I have battled with. I firmly believe that children need to spend less time on digital media if there is another option available. Who knows what the future will bring? But I truly wanted my book read in print format, not digital. I envision parents reading my physical books with their kids – turning the pages and seeing the colorful imagery and sharing in the adventure. I know that I could reach a larger audience by offering an ebook option, but since my target audience is children, I will stick to my convictions for now. In the future, I may have to add a digital version given that my books take place in countries which might not have easy access to shipping or printing as in the US and I want children, wherever they may be, to have access to these stories.

As for myself, having lived on three different continents and all that moving from country to country implies, the ebook can be an incredible space saver! It has also allowed me to venture into literature I might not have purchased in print and give it a shot. That being said, my favorite books always end up in print form in my library – so there is a reverence I have for printed books which ebooks can never replace.

I do have to mention that the audio book was one of the best inventions of our time. I first tried an audio book after injuring an eye and having to bandage both eyes to facilitate healing. This was over 20 years ago. I called the library in desperation and they sent me books on cassette. Yes, they have been around that long! After my eyes healed, I went back to printed books and forgot about the audio book. Then many years later, I worked a job which had me on the road for hours over the course of each day. In an effort to reduce road rage, I began to listen again; I have been hooked ever since. In our multitasking world, focusing on one thing and one thing only is necessary. The audio book helped me learn how easily my mind could get distracted and forced me to focus. Now, I find it a very calming activity. I often think of how unfortunate it is that cultures based on story-telling are dying out and how verbal storytelling, even within families, is becoming a thing of the past. My father was always telling stories of his life growing up in Cuba or hilarious anecdotes of his first years after immigrating to the US. He still loves a good story. It’s one thing we have shared throughout our lives and perhaps one of the reasons I strive to carry on this tradition. The audio book has something of this and the energy and character voices put forth by the readers are phenomenal.

Who is your favorite author, book? The last book you read?

To be completely honest, I hate this question. I have had different favorites at different times of my life for very different reasons. One book that stands out would be The Poisonwood Bible by Barbara Kingsolver. Her ability to tell the same story from the different perspectives of five females, incorporating the different ages of the characters, resonated with me. I am sure this has to do with being the youngest of 6 children and how our perception of similar events has been a recurring theme throughout my life.

What advice do you have for aspiring authors?

Don’t second guess yourself. Write your story. It makes no difference if you become famous or even do anything with it. If you have what you feel is “a story” brewing within you, it deserves a life of its own.

You can purchase Joaquín the Hairless Dog at my Lulu store

Manage Cookie Consent
To provide the best experiences, we use technologies like cookies to store and/or access device information. Consenting to these technologies will allow us to process data such as browsing behavior or unique IDs on this site. Not consenting or withdrawing consent, may adversely affect certain features and functions.
Manage options Manage services Manage vendors Read more about these purposes
View preferences
{title} {title} {title}