I am not an author. I have not spent countless hours at my keyboard, pouring my guts out and agonizingly hammering out the next great American novel. I know nothing of developing characters, crafting a compelling narrative, or writing beautiful and realistic dialogue. In fact, I feel a bit of an imposter to be asked to be on Writer’s Connection amongst so many accomplished, esteemed, and professional authors. I’m just a creator and an illustrator. BUT I DID PUBLISH A BOOK… And I’m damn proud of it!

Tell me about your latest book and what inspired you to write/create it?

My latest, and also FIRST, book is called Famous Things. It’s essentially a collection of illustrated puns based on the names of famous people who have objects for last names – a visual guessing game of sorts. In fact, I hesitate to call it a book so much as it is more like “something amusing to look at while you’re killing time on the toilet.” Perhaps, I’m not giving it enough credit. But perhaps that’s mostly due to the fact that the inspiration for it came from a joke made around the grill with a close friend of mine. We had both previously worked with the excellent actor named Gil Bellows on our film Dead Draw, and as my friend was blowing on the coals to get them going on his grill, I said “If only we had a Gil Bellows!”. Boy, did I crack myself up (it doesn’t take much)! After that, though, I couldn’t stop thinking of other celebrities with objects for last names and started drawing illustrations of those “objects.” Pure profound brilliance, right? Not so much. Just a dumb joke – but one that still makes me smile and has ended up making me a few bucks. So I guess that’s something 🙂 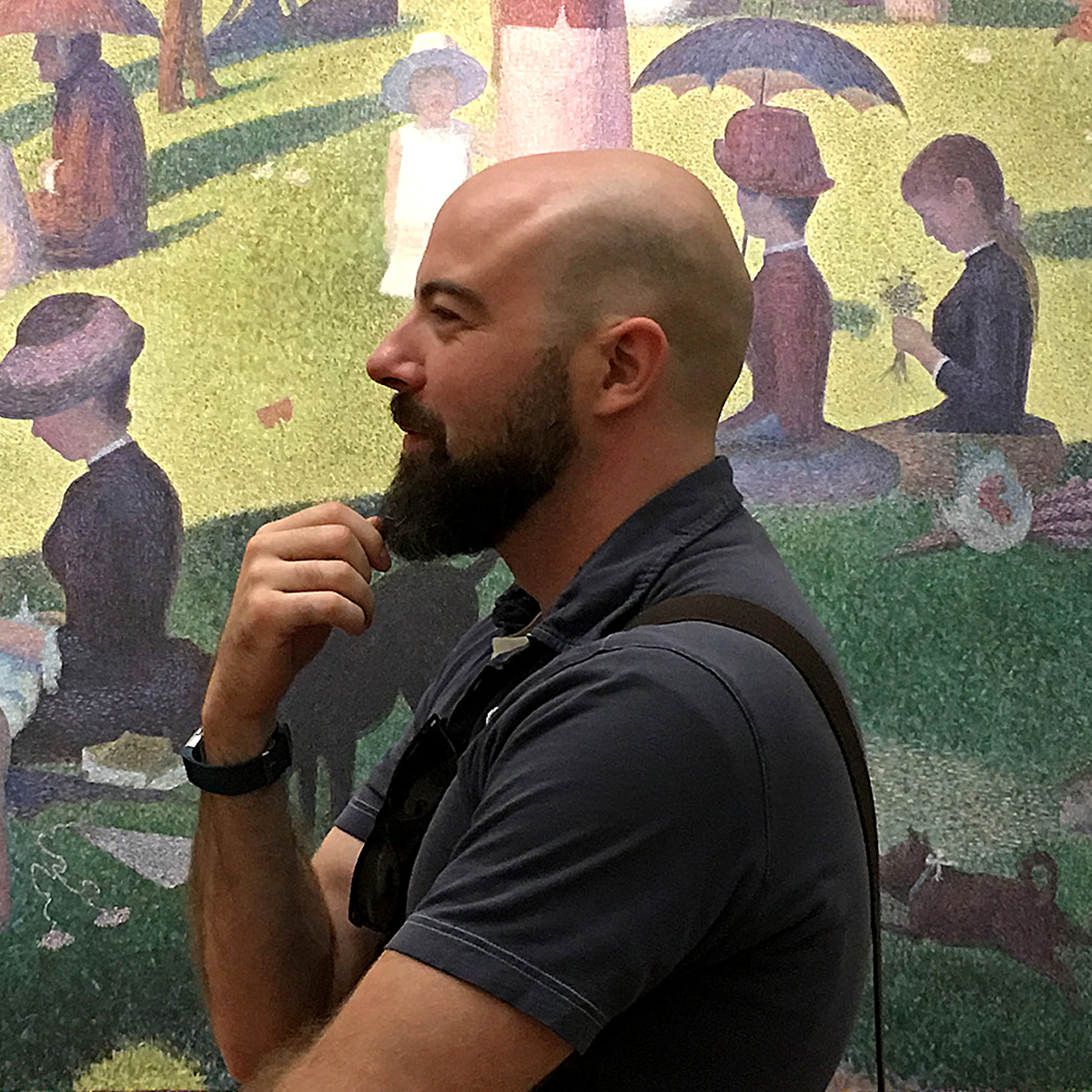 Share your personal publishing story. Did you choose self or traditional? How did you go from book manuscript draft to finished book available for purchase?

I spent a good two years just noodling on my idea for Famous Things and slowly coming up with names and completing illustrations. Frankly, I never thought I’d actually finish it. Then the Pandemic happened, the world went to crap, and suddenly – like most people – I had the time and the isolation to get personal projects done. Couple that with my now-fiance Rachel’s encouragement, and before I knew it, I was plowing through my little book with its completion in sight. Considering this was my first book, I had no clue where to even begin when it came to getting Famous Things out into the world. It seemed like such a far-fetched idea for my little book of illustrations, but I was at least aware that it was getting easier to self-publish a book in general from a technology standpoint. So, how do we learn how to do anything these days? YouTube! I watched countless videos on different avenues through which to self-publish a book and ultimately settled on Amazon KDP. Not because Amazon is the giant, dominating, soulless, money-gobbling behemoth that it is, but because of all the options I looked at, Amazon could give me a free ISBN, was the most affordable to print my book, and all my friends and family could get free shipping if they were Prime Members. Furthermore, I could tell people “Oh, you can buy it on Amazon” – and who the hell doesn’t know how to get to or use Amazon these days? A somewhat lame route to take? Totally. But I like to keep things easy. 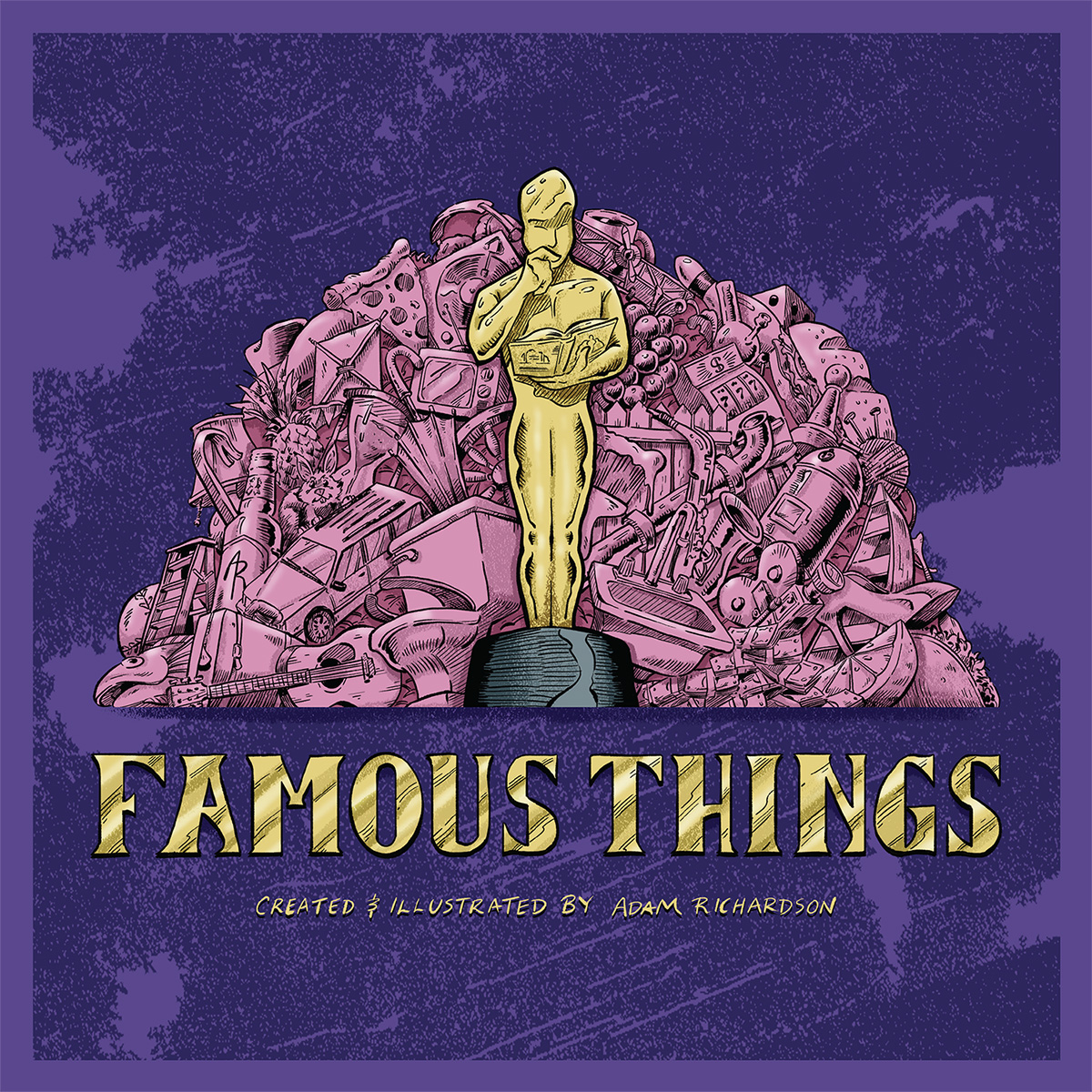 How many unpublished or unfinished books have you written and set aside? What are your plans for them?

None. Yet. I have a number of ideas but haven’t even gotten around to even starting them. Perhaps that’s the hardest part of all for me. Standing at the base of the mountain can be so intimidating – downright terrifying – and it’s far too easy to use the excuse “I just don’t have time.” I swear I don’t. Really. Right? Okay, okay, someday I’ll get around to them… maybe…

How do you go about obtaining book reviews? Do you read them? How do you deal with the good and the bad ones?

I don’t. Or at least haven’t yet. Perhaps I’m scared to know what someone besides my mom would objectively think of my independently published book for which I’ve devoted years of my life to complete. I’m sure there’s a little truth to that. But really I just have no idea how to go about getting reviews – aside from Amazon reviews from friends and family (that counts right? Kinda?) – and haven’t yet put in the effort to figure out how to get them.

Do you prefer reading print, audio or ebooks? Why?

Print. Hands down. Aside from watching films and sports, checking emails, and digitally drawing for work, I try to stare at screens as little as humanly possible. And I can’t focus enough on audiobooks without constantly being like “What did that voiceover actor just read ten seconds ago???” Besides, there’s nothing like the tactile satisfaction of flipping pages and holding in your hands a great piece of literature.

Who is your favorite author, book? The last book you read?

I’m the worst at picking favorites, but there’ve been many formative books in my life. To name a couple, The Phantom Tollbooth by Notron Juster blew my child’s imagination wide open, and Fred Gwynne’s illustrated children’s books – such as The King Who Reigned – single-handedly opened my eyes at a very young age to the power of humor in illustrations. Some of my favorite authors range from Chris Van Allsburg to Raymond Chandler to the duo Douglas Preston & Lincoln Child. One of the last really incredible books I read was Song of Solomon by Toni Morrison. I know I’m late to the game on her, but if you haven’t, do yourself a favor a give it a read. Simply beautiful.

There are many trends in self publishing that have come and gone. What do you think is going to change next in the self or traditional publishing landscape?

I’m hoping it’s only going to get more accessible and easier to self-publish. I mean, six months ago I had no clue how to turn Famous Things into a completed physical copy of a book. And technology increases exponentially – so I’d like to guess that the ease and avenues through which to create a book will increase along with it. Sure, that may mean traditional agents and big advances may be fewer and farther between. And marketing may get exponentially tougher and more expensive as everyone tries to gain exposure in an ever expanding ocean of literary content. But at least more and more aspiring authors and creators will get to see their ideas through – which I think is awesome and hope to be true.

What advice do you have for aspiring authors?

Forgive me, but as cheesy and lame as it sounds to quote the great empire of Nike, “Just do it!” If nothing else, the process of creating Famous Things has given me an immeasurable amount of respect for writers and novelists everywhere. It takes so much effort, grit, and determination to sit down day-to-day and take an idea all the way to its fruition – especially if you’re not getting paid right off the bat to complete it. I honestly have no idea if I will ever create another book; however, one thing I can say is that if you put in the time and effort, there is absolutely nothing more satisfying than holding that finished book in your hands and being able to say to yourself…”I did it.”

Describe your writing/illustration routine. How many hours a day/days a week do you write/illustrate?

My profession is a Freelance Illustrator, so ideally I’m drawing most of the day – at least the “work day”. The routine itself depends on what kind of client I have and the deadline they demand, though ideally I like to warm up every morning with gallons of coffee and some random doodling or figure drawing. It’s only after all of my “paying work” has been accomplished for the day that I allow myself to work on any personal projects. As for writing, I can’t say I do much – or really any – of that on a regular basis unfortunately. I don’t consider myself much of a professional author, though if I was, I’d like to think I’d heed the advice of countless authors out there who say, “Write everyday.” Which one could easily take to mean, “Write constantly.” I mean, you gotta, right? Just please, do yourself a favor – as I remind myself when it comes to illustrating: Don’t burn yourself out.

How do you come up with the concepts or ideas behind your illustrations?

At the risk of sounding all mystical and artsy fartsy, most of my ideas for personal projects just come out of the ether. Famous Things started as a random joke for goodness sake. I find great ideas tend to come best when you’re not even trying. By simply keeping your mind open and being inspired by your experiences and the world around you. Oh, and also be damn sure to write them down or put them down in Notes on your mobile phone. Great ideas can be fleeting after all. I’m also a songwriter. But even in songwriting, I’ve never been able to just sit down and say, “Today, I’m going to write a song.” The Muse has always had to strike, whether in the middle of the night asleep, in the shower, or just noodling around on the guitar (insert your keyboard or cool old-school typewriter here). Does that help you at all? I’m guessing not. But that’s how it is for lil’ ol’ me.

Adam Richardson is a not famous human male who loves to draw and has somehow been making a living at it. So far. Primarily a storyboard artist, Famous Things is his first foray into the book world. Please be kind. He currently lives in Chicago with his better half Rachel and is most likely sipping coffee or bourbon depending on the time of day you read this.

WHERE TO BUY MY BOOK:

Manage Cookie Consent
To provide the best experiences, we use technologies like cookies to store and/or access device information. Consenting to these technologies will allow us to process data such as browsing behavior or unique IDs on this site. Not consenting or withdrawing consent, may adversely affect certain features and functions.
Manage options Manage services Manage vendors Read more about these purposes
View preferences
{title} {title} {title}